MONO-NO-KE is part of a series of works that deal with the transmission of sound and appearance of sound events relational to space. It draws its starting point from observations in the Sumida area in Tokyo, where plastic water bottles standing next to the houses, manufacturer buildings, or hidden in the corners or in the front of stores, are used as an everyday custom to scare cats and beasts away, apparently a NEKO 'yoke'. It is also connected to the belief in Yokai and Mononoke, which combine imaginary and scientific explanation about natural phaenomena and ghost like appearances, originating from old stories of the Heian period, but occurring again in current sci-fi, manga and game culture.
Reflections and Refractions of a laser that scans plastic bottles are translated to sound through the interpretation of the refracted light. Sound is not generated but shaped by the appearance of light schemes in space. Refracted by the laser, detailed but always changing shapes appear. Those images are captured by a web-camera and translated via an IFFT process which results in an audible synthesized sound. 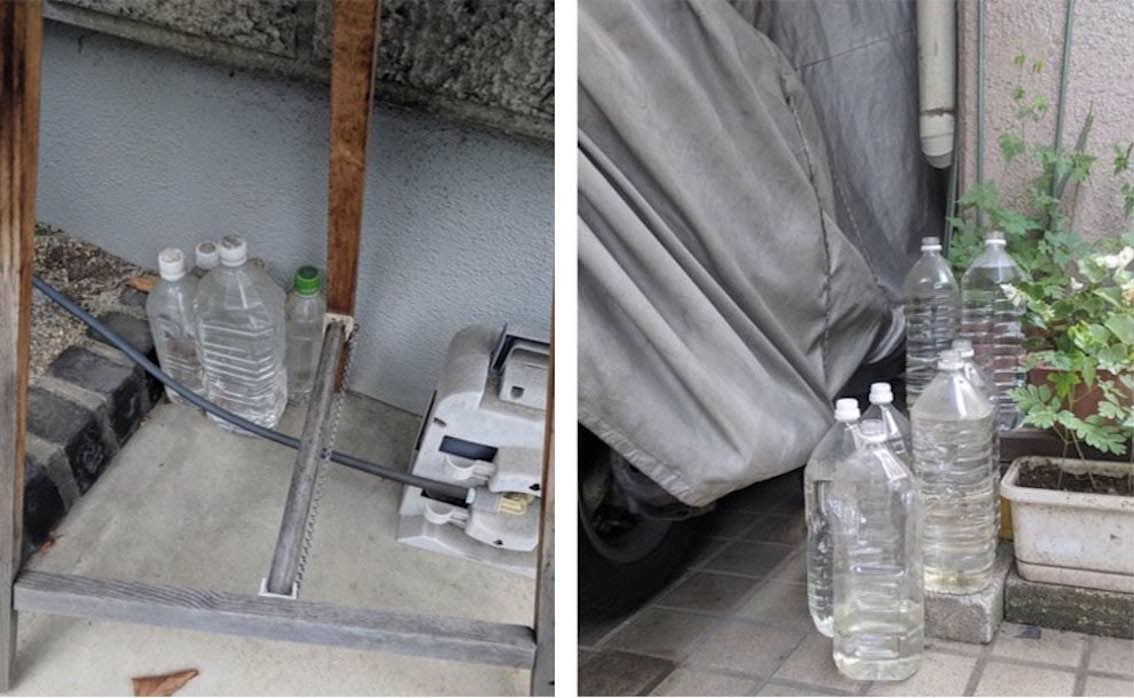 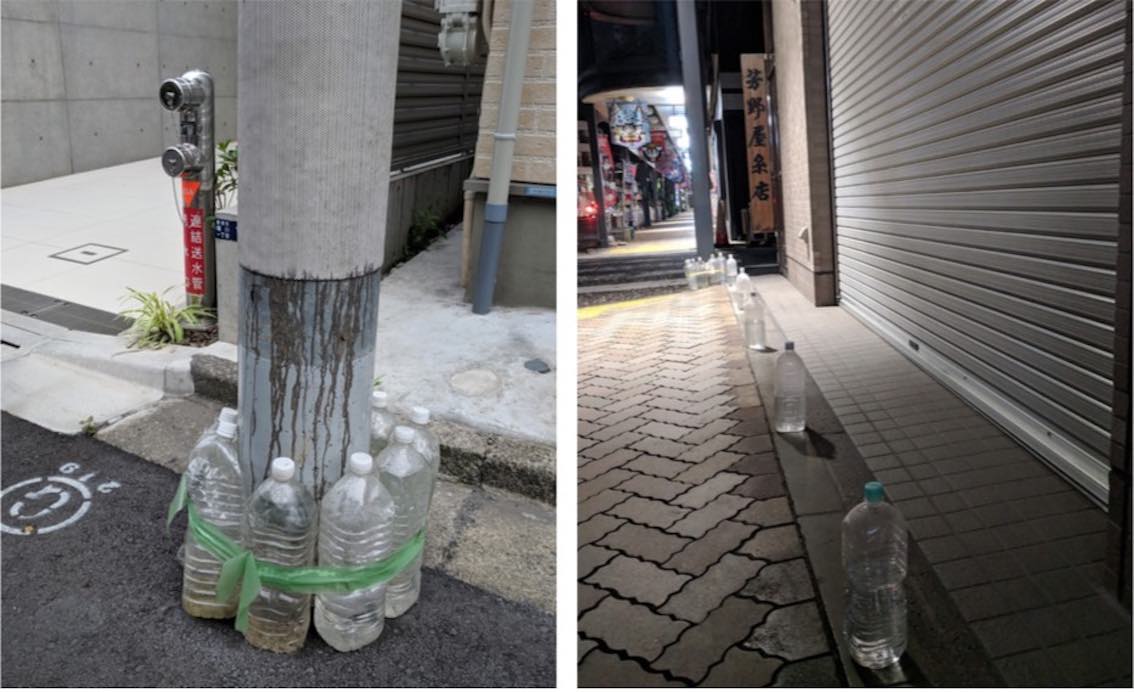 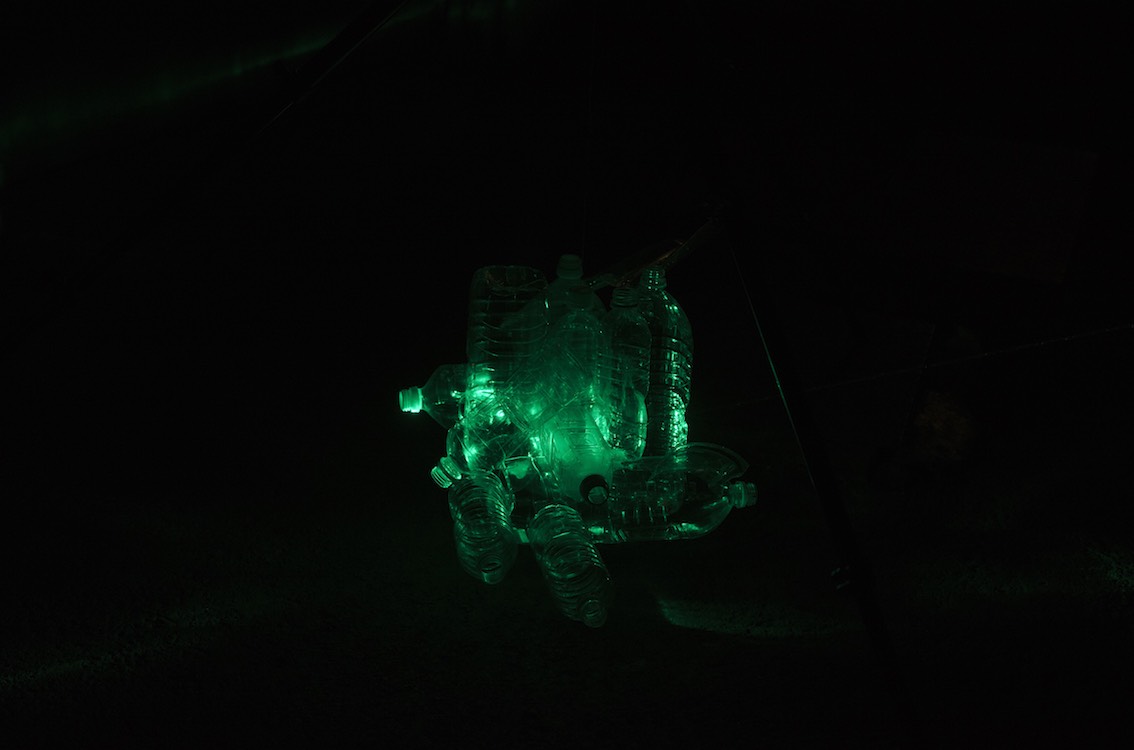 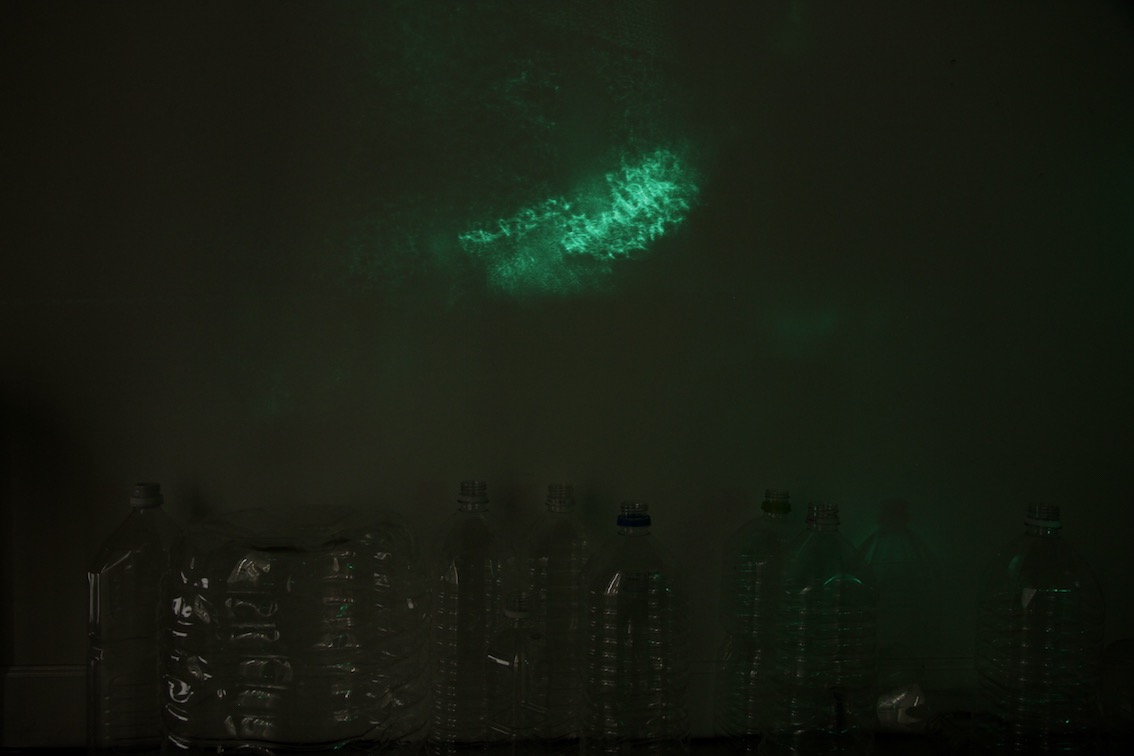 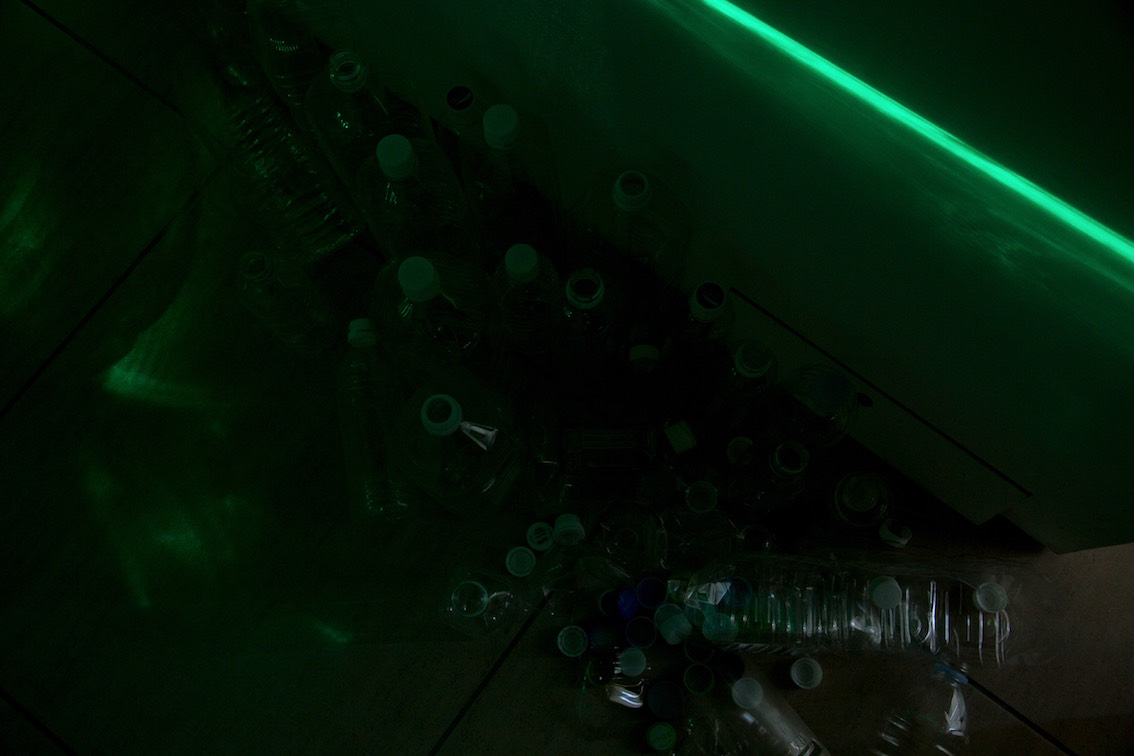 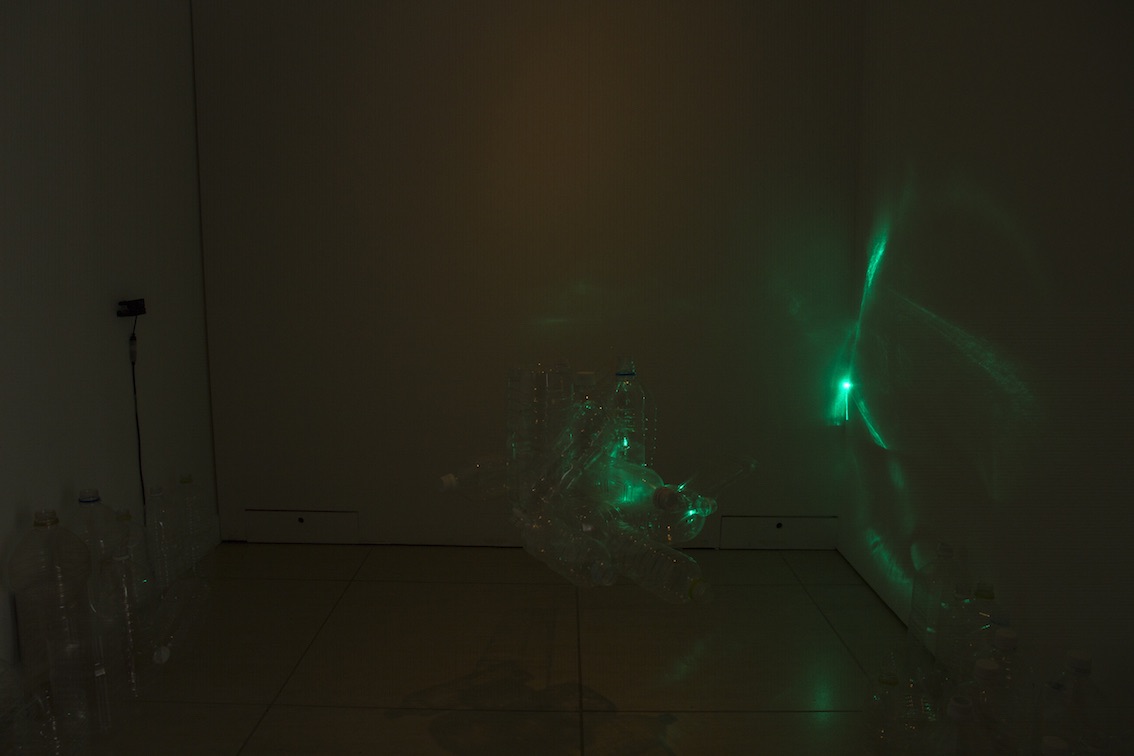 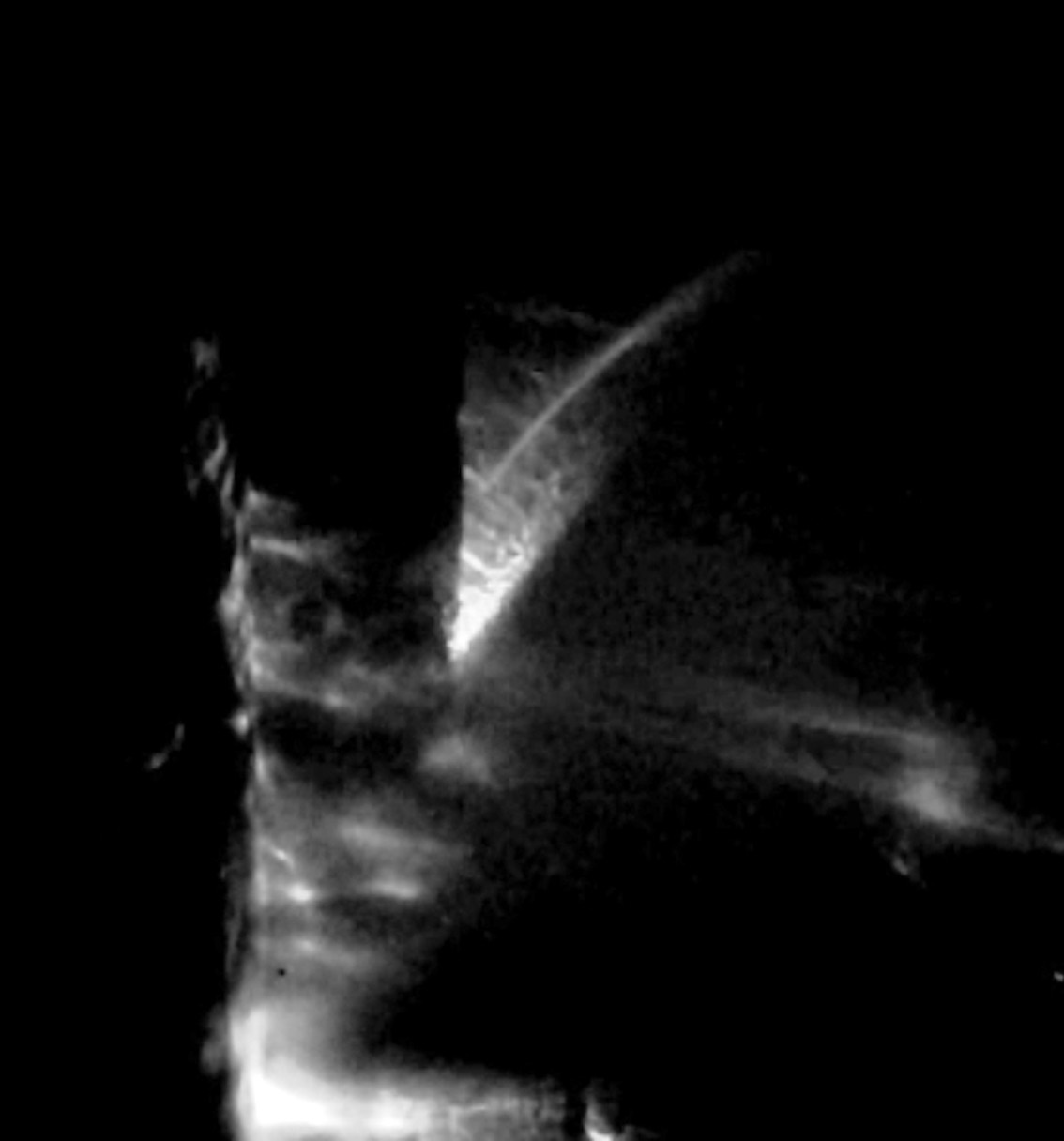